Within our First Due (primary response area) we have pretty much every type of construction, terrain and roadway you can think of – including several bodies of water within the Lake Linganore Communities.

On average, we annually respond to just under 2,000 calls for service per year. However, with the current plan to develop several more communities within our area over the next few years, that number will inevitably continue to grow over time.

Strategically located within yards of Interstate 70, we’re only a short drive to several Colleges and Universities as well as many attractions in and around the Baltimore & DC Areas.

The New Market District Volunteer Fire Company, Inc. has been in service to the citizens of New Market and the surrounding areas of Frederick County for sixty-two years. The NMDVFC protects roughly 20,000 citizens in a heavily residential first due area, along with a major interstate highway (I-70), many major state routes, and a portion of the CSX “Old Main Line.” The department has a long history of fire service excellence, and though the department has gone through rough times, it is once again a shining example of volunteerism in today’s declining volunteer fire service.

The department continues to operate with day work only career staff and volunteer duty crews. The NMDVFC responds to nearly 1500 calls for service each year. The department has not experienced a failure to respond on any call since November 2013. This is an outstanding accomplishment within Frederick County and surrounding areas. The New Market District VFC looks forward to many more years of continued success and service to the New Market community.

Other Types of Volunteers: 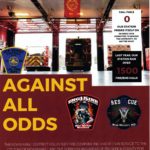 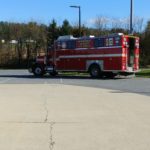